A Rich and Varied History 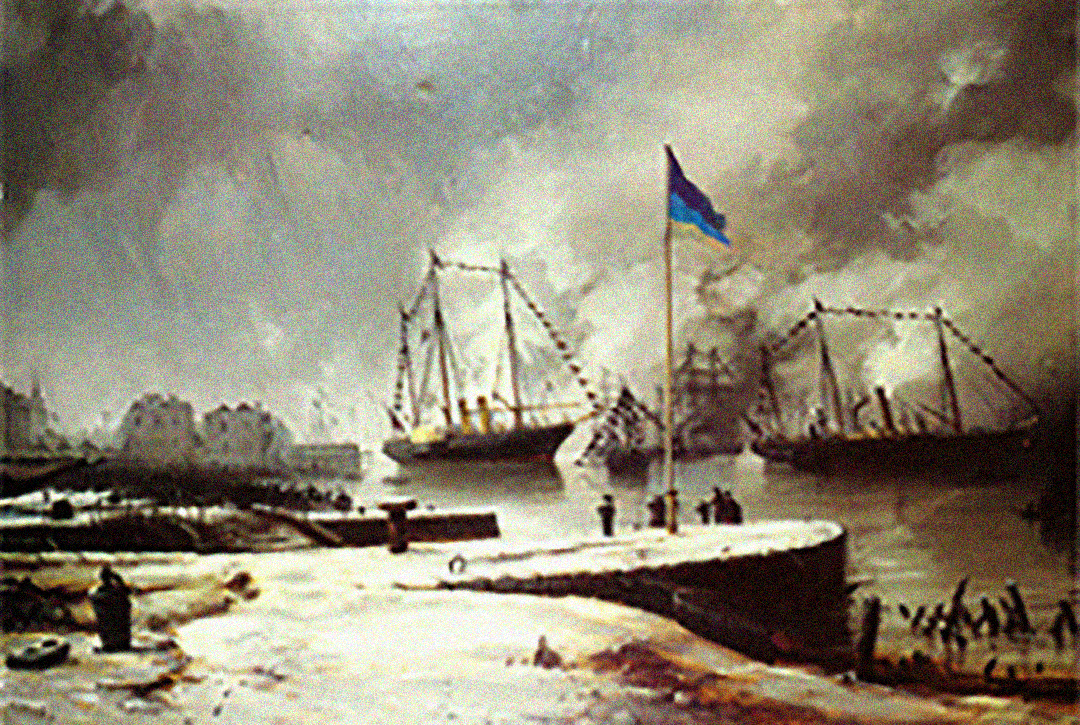 Above. Queen Victoria watching the departure of HRH Princess Royal from Gravesend on February 2nd 1858

Gravesend’s strategic importance as the first port of landing from overseas and the last port of departure from London, because of the way the tides work, has resulted in a rich history.

Princess Pocohontas, Dickens, General Gordon, Queen Victoria (pictured above), Franklin (pictured below), each have played a part in the history of the town. The indigenous history includes one of the oldest surviving markets in the country, the charter dating from 1268. Recently completely re-furbished, the market is a treasure of local produce and interest. Bawley Bay, named after the shrimp boats that used to moor there in the 19th Centuary, over 100 of them, is to this day, used to commemorate our seamen who have lost their lives locally and on oceans around the world. Our local river boats use the shingle beach that Bawley offers to beach their boats and do below the waterline repairs.

The history of the Marina, Gravesend Canal Basin and the Gravesend Medway Canal are well documented online. Tap here to discover more… 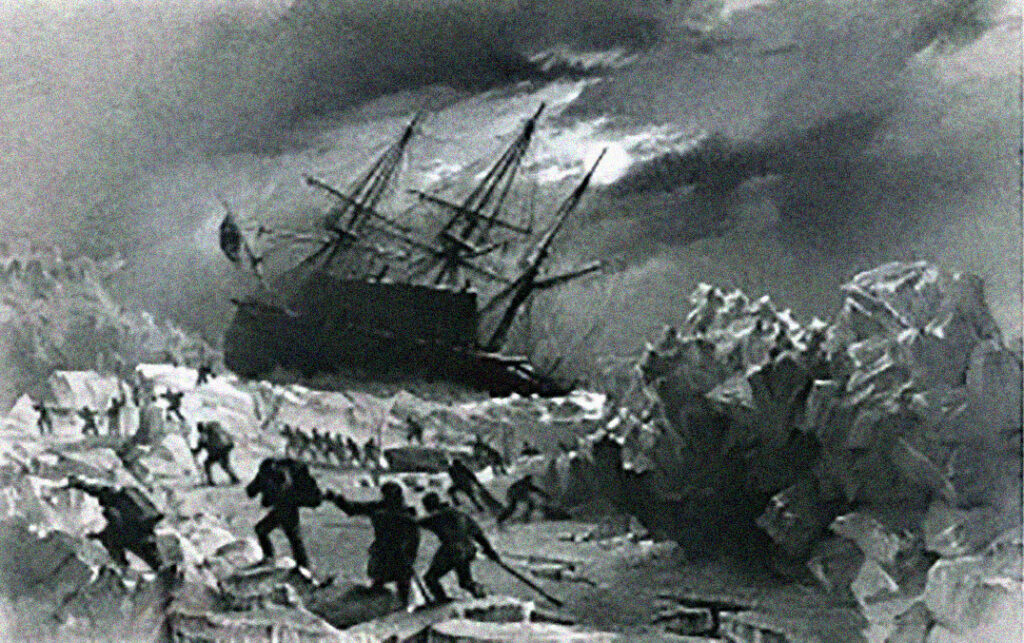 Above. Arctic explorer Franklins crew trapped in the ice 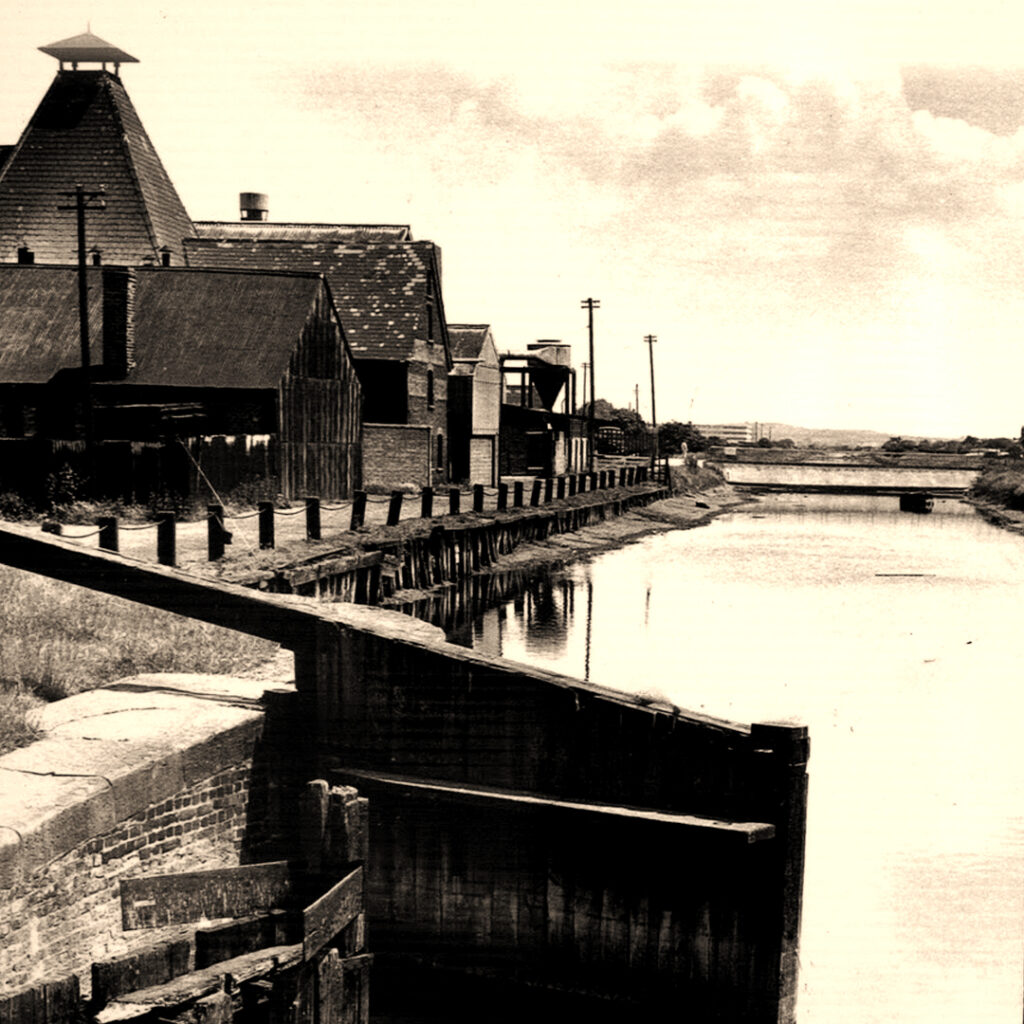 Above. The Thames and Medway Canal from the canal basin to Strood. The lock gate pictured was finished in October 1824. Architect Ralph Dodds. Unfortunately it was too late. It was built to avoid going into the North Sea and being easy prey for the French during the Napoleonic wars whilst taking ammunition on barges from Woolwich to Chatham. Click on the image above to learn more…

The statue of squadron leader Mahinder Singh Pujji commemorating those who served in conflict from 1914 – 2014. The town pier in the background. 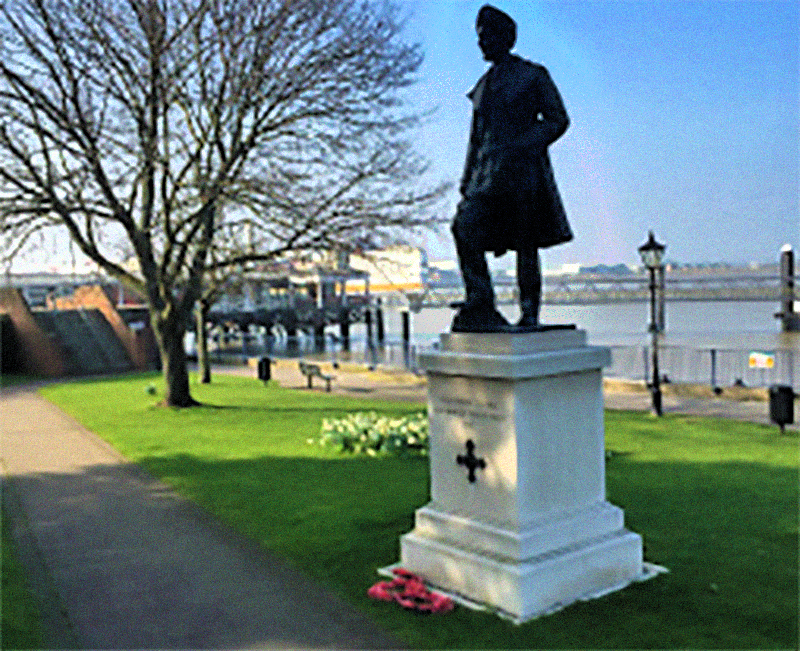 Above. The Waverly at Gravesend

The Marina Basin was built in the early 1800’s as the western end of the Thames and Medway Canal, the other end being in the river Medway. The Canal was conceived as a wartime, (Napolionic War), route to supply the Chatham Royal Dockyard with munitions from Woolwich Arsenal, avoiding the Thames estuary where French ships were keen to capture or sink our ammunition ships.

Gravesend’s Town Pier is the oldest surviving example of a cast iron pier in the world. Faithfully restored, along with two other surviving piers at Gravesend, it remains a testament to the enjoyment the Victorians experienced getting out of London, going, then, for a day at the seaside and experiencing the delights of the Rosherville Gardens, some say, the 8th Wonder of the World, just up-river from us, sadly, since, converted to industry. The Town Pier remains a stopping and mooring point for craft en-route up or down Thames. The Waverly paddle (pictured above) steamer and the Balmoral visit every year amongst a variety of other interesting craft.

Gravesend town itself is a hugely varied example of architecture spanning centueries, the trick is to look up, above the shopfronts to the original buildings. Not far away, to the east, Rochester Castle is known for amongst other things, it’s odd round tower, Upnor Castle on the Medway famously failed to defend the British Naval Fleet from a Dutch Captain who set fire or captured a significant part of our fleet at Chatham without a defensive shot being fired in return. Alledgedly it is the origin of the saying, ‘keep your powder dry’. The British Navy at the time, despite Samuel Pepys, he then, responsible for provisioning the Navy, browbeating the Commissioners for more money. Lesson learned! To this day, a yacht race takes place between Upnor and Holland to commemorate, or perhaps, commiserate, that event. This year, 2017, a festival celebrating it’s anniversary will take place on the Medway.

South, and not far from Gravesend are Chartwell, home of Winston Churchill and the beautiful Leeds Castle with 900 years of history. To the north, across the Thames via the Tilbury Ferry, that service having been operating since around 1571, to this day, provides a regular daily service, gives access to Tilbury Fort, the earliest version of which was consructed by Henry VIII. Not, probably, the one he marched his men up and down, bit flat in Essex, but noteable, nonetheless.

To the west, Bluewater Shopping Centre, a modern arcitectural feat, built in an abandonded chalk quarry, chalk and associated cement were big around here, is a stunning example of how modern architecture can transform a derelict site. It also happens to be one of the biggest shopping centres in Europe.

Any cookies that may not be particularly necessary for the website to function and is used specifically to collect user personal data via analytics, ads, other embedded contents are termed as non-necessary cookies. It is mandatory to procure user consent prior to running these cookies on your website.